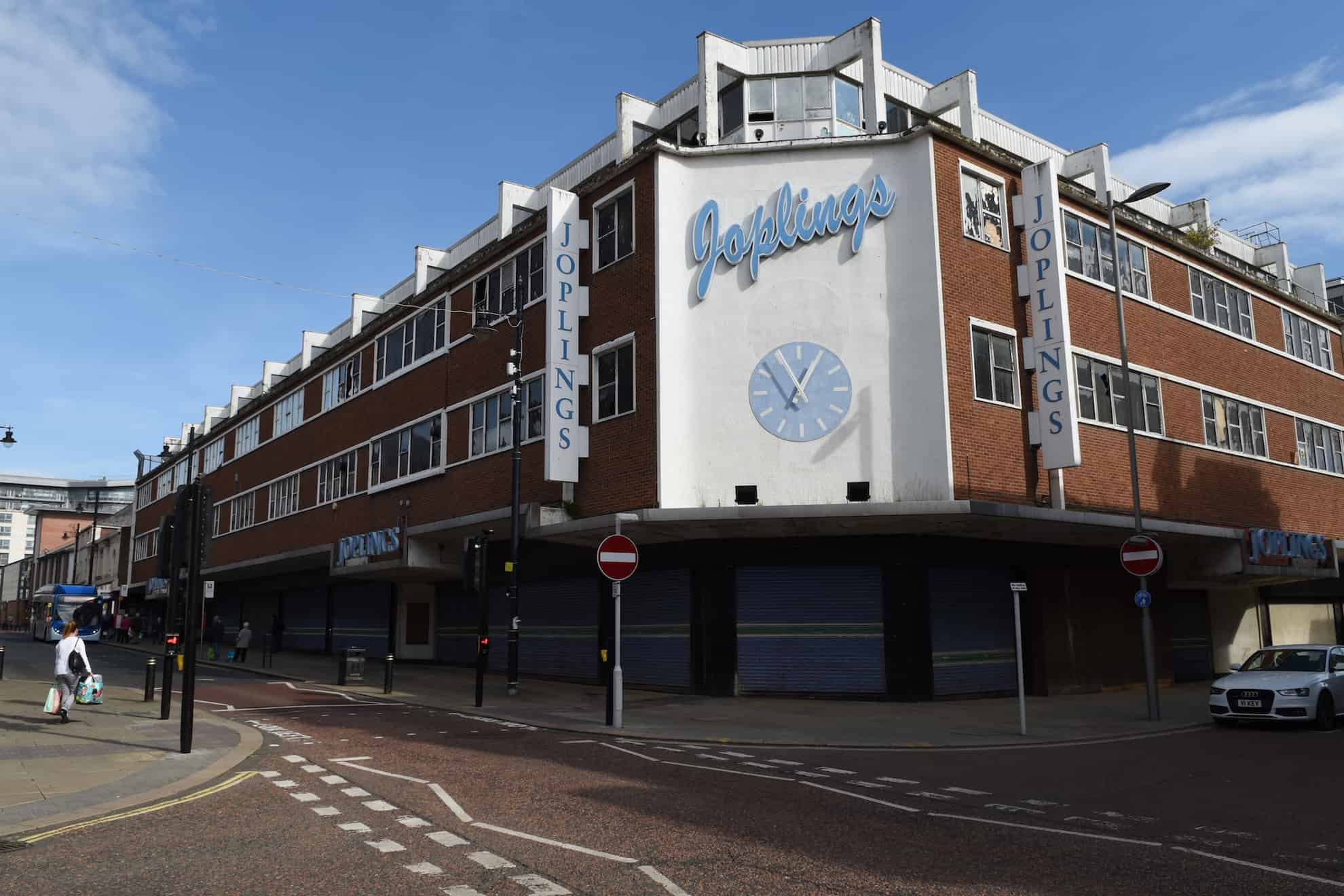 A fresh plan has been submitted to redevelop the former Joplings site seven years after the long-running  Sunderland department store closed its tills.

The latest vision is to convert the five-storey building into flats for 178 students, along with three shop units.

Joplings shut in June 2010 and several attempts to redevelop the site have come to nothing. Only last year, Sunderland City Council approved a plan to build a 122-bed hotel on the site.

But the latest planning application, which Jaspia submitted last week, reveals the hotel plan has fallen through for “unknown reasons”.

Previous failed plans led to Jaspia buying the Joplings site and putting forward a proposal which has a primary aim of bringing the empty building back into use.
Joplings served Sunderland for 206 years.

Before closing in 2010, Joplings had operated in John Street from 1956, where it reopened after a fire burned the High Street old store down in 1954.

Jaspia’s planning application details how it the developer aims to incorporate the department store’s original features into the student flats.

It says: “This development aims to reuse the original building form by way of retaining the existing brickwork facade which gives the building its character.

“With the additional feature of full-length glazed windows to the fourth-floor level to maximise the internal views out, whilst softening this bland 20th-century building with a contemporary appearance.”

The three ground-floor retail units would have separate entrances to the student apartments, which would go on the first, second, third and fourth levels.

Extra space will be added to the fourth floor as part of the plans.
The applicants said a similar extension was approved by Sunderland City Council in 2008 but never materialised.

We have placed cookies on your device to help make this website better. You can use this tool to change your cookie settings. Otherwise, we’ll assume you’re OK to continue. Find out more.